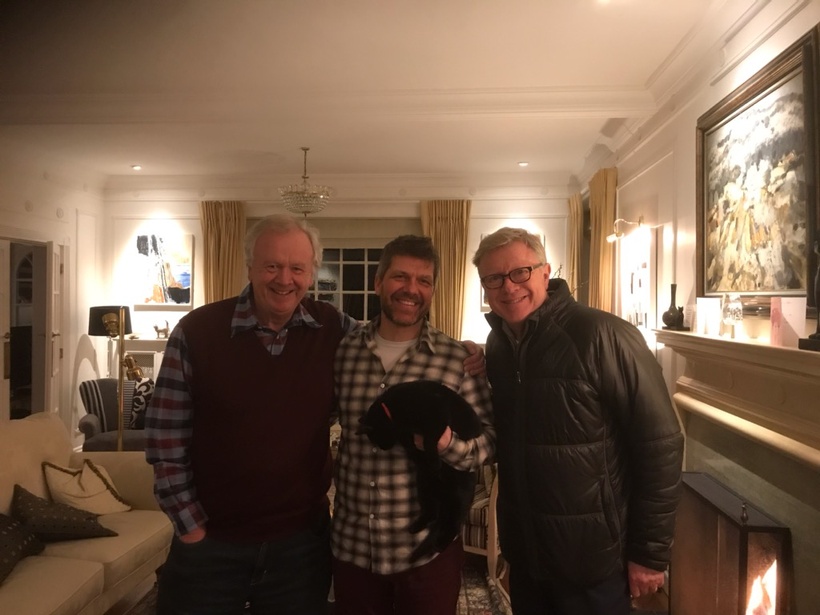 Roger McCormick is a radio presenter and runs a radio show called ‘The Blues Spectrum’ with David ‘Kid’ Jensen (yes, the former Top of the Pops TV presenter). Roger also has his own shows, one of them called ‘My Kaleidoscope’.

Both Roger and David have come across our Masterlink Sessions via Mark Ede and have been kind enough to play some of our MLS recordings on their shows plus interviews of Masterlink Sessions guest artists like Hamish Stuart, Georgia Van Etten, Jade Like The Stone, Diana Silveira and more.

Recently Roger offered to interview a few of us to get a behind-the-scenes type special for his ‘My Kaleidoscope’ show for Brooklands Radio. Mike Sturgis, Louise Clare Marshall and James Welch and myself can be heard on this one hour ‘special’ with music from Mike Farris, Dave Limina, Jo Harman and Louise Clare Marshall.

Listen to it HERE on Mixcloud and also look out for previous and future shows.

Brooklands Radio is a not-for-profit station for Surrey that can be heard on the Internet every day with all the best in local features, news, travel and good music.

A special thank you to Roger for the interviews, his research into the musicians and music and also very well done for the most excellent pronunciation of my last name. Maybe my wife, who is English, could take some German pronunciation lessons with him – ‘My Fair Lady’ style.

Thank you for listening and here is to many more!

Carpe funkem from Stefan and the entire Masterlink Sessions team.

From L to R: Roger McCormick, Stefan Redtenbacher, David ‘Kid’ Jensen (the cat preferred not to be named)