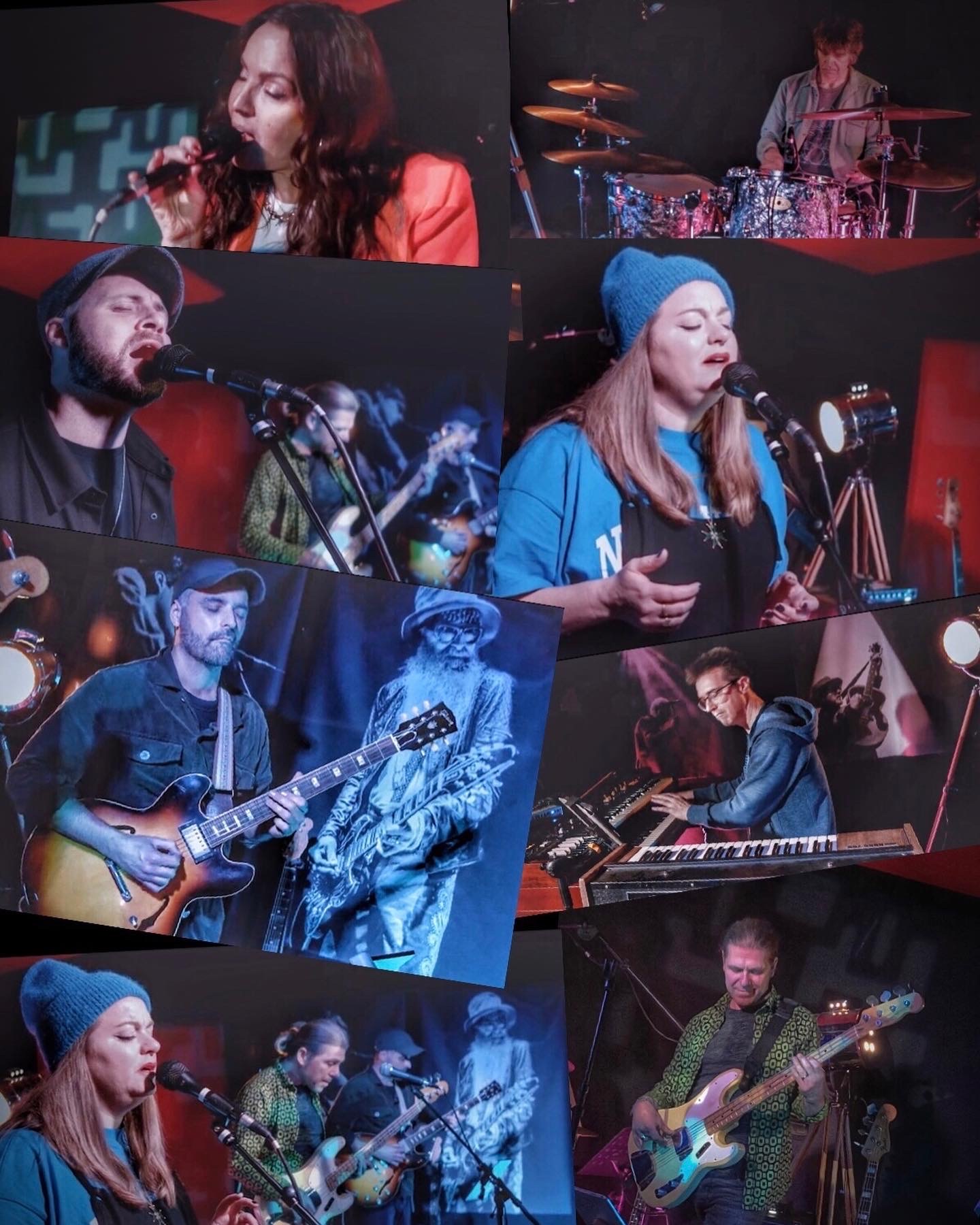 Here is our Masterlink Joni concert review. Our ‘Both Sides Now’ live show – an homage to the songs of Joni Mitchell feat. Mim Grey, Jo Harman and Mike Mayfield accompanied by the Masterlink Sessions house band (a.k.a. Redtenbacher’s Funkestra) was a big success all-round. The artists, musicians, audience, on site production and off site streaming team (True Live), management and artist agency all played beautifully together. Best to let the story be told by the people who were there.

Last night I was utterly privileged to be part of an intimate in the studio audience of about 30 lucky people that witnessed a Masterlink Session of artists that included maestro Stefan Redtenbacher’s Funkestra and the vocal talents of Mim Grey, Mike Mayfield and Jo Harman who paid tribute to the music of the legendary Joni Mitchell. The gig was also live-streamed to the world.

Let me make it clear from the outset however that this was no tribute gig, it was 7 incredibly talented and gifted artists putting their own unique interpretations to deep cuts and classic cuts of Joni’s canon of music.

Show time commenced at 7:30 as the musicians took to the floor and eased into the music that spanned two hours and two incredible sets.

Mike Sturgis on drums and Stefan on bass built a platform of rhythms for every song, at times incredibly deft and at others more strident and sometimes even funky.

Peter Billington laid down a carpet of musical patterns on all things keys and created richly textured patterns of music and Terry Lewis weaved a plethora of intricate guitar lines down that added extra layers of texture.

And then we had three wonderful vocalists taking turns to demonstrate their incredible prowess with their choice of song. Mim Grey, husky and smoky, Mike Mayfield deep and resonate and Jo Harman as soulful as ever.

Each of the artists said it was one thing to love Joni’s work but completely another to learn them and actually sing them but each of the three showed themselves to be up to the task.

For all involved hours and hours must have been spent learning the musical patterns and lyrics and then putting their own unique interpretations together.

I was positioned right at the front, mere centimeters from the monitors and could see hands stretching strings, fingers caressing keys and drum sticks feathering the skins. Then there were the facial expressions of the vocalists to wonder at as they reached deep inside themselves for the words and emotions.

At times the solos from Peter and Terry were achingly beautiful and had us all enraptured.

The climax of the show was truly fitting as all three vocalists joined together for a couple of songs and Mike took up the guitar and traded some exquisite lead breaks with Terry.

As the last notes died away loud sustained applause and cheers greeted the magnificent seven.

My sincere thanks and gratitude to each artist for their talent and passion and to the studio crew for their technical brilliance in bringing it all together.

As I reflect here today it is another unique and wonderful memory to put in the ever growing bank of music memories.

Quotes from our VIP audience

‘What a truly fantastic night to see Jo Harman, Mim Grey, Mike Mayfield accompanied by Redtenbacher’s Funkestra. It was an honour and a privilege to be part of it. Superb performance for all involved’. (George Marshall)

‘Superb evening of music and a privilege to be in there… amazing vocals, great musicianship all round’. (Grant Fuller)

‘A gig that will last long in the memory’. (Chris Wiles)

‘It was amazing, I enjoyed it so much! The music was superb and the quality of the livestream was the best I’ve seen. A wonderful tribute to Joni’s songs’. (Paul Barratt)

‘WHAT A GREAT GIG. Superb performances from everyone. Joni will be proud’. (Geoff Langan)

‘Amazing music!! It was so fun to see the live stream!’. (Terry Pedersen)

‘That was a brilliant evening of superb music! Thanks and well done to everyone who made it happen! More, please!.’ (Roger McCormick)

‘Hairs standing up on back of neck moment from a truly magical evening. Didn’t want it to end’.
(Verd Nabbs)

We hope you enjoy reading our Masterlink Joni concert reviews. We also hope that Joni would have approved our renditions of her beautiful songs.