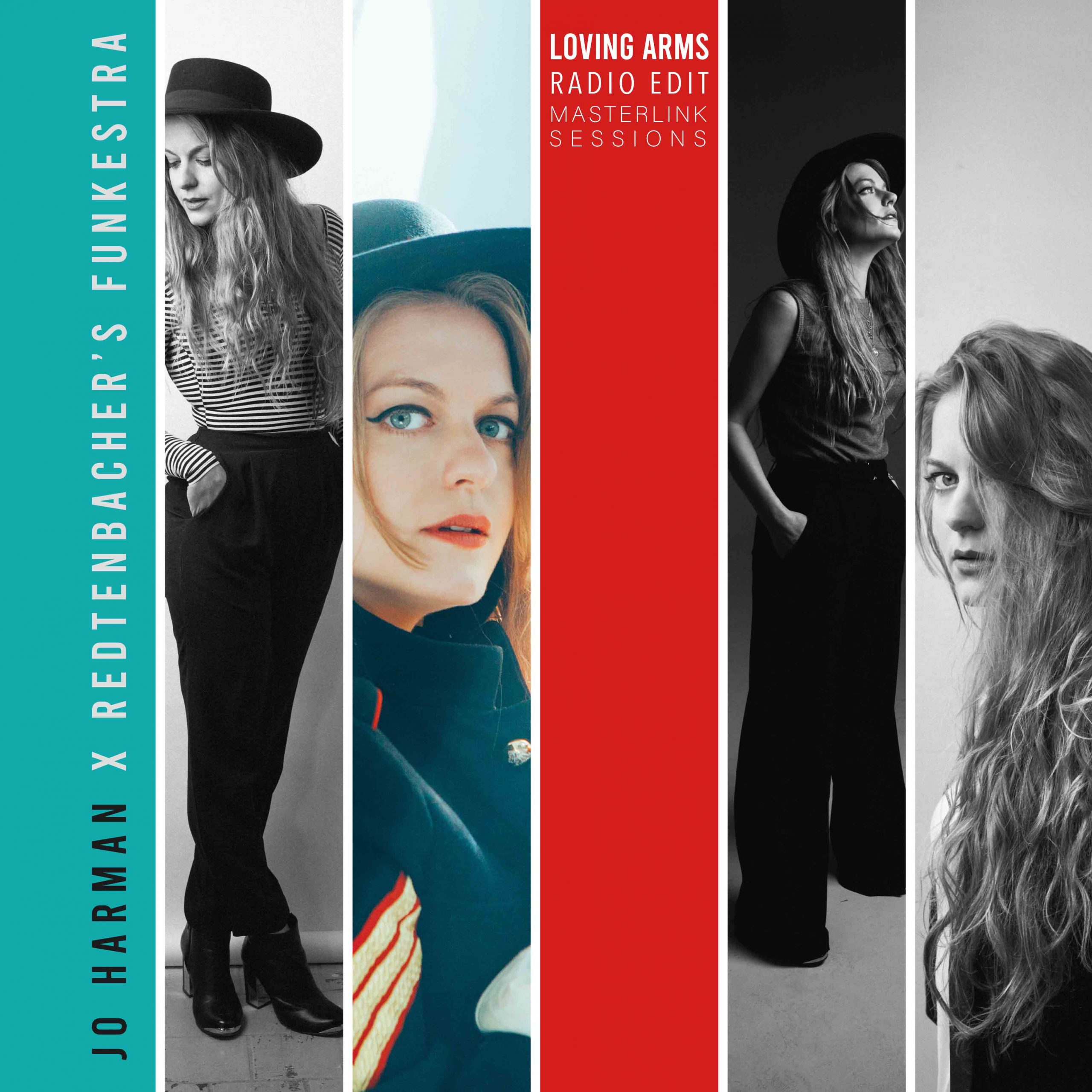 In a world of algorithms, mix and fix landscape of pitch correction and endless editing options, sometimes it’s just nice to do it ‘for real’. Basically very much in the footsteps of Sinatra, Dusty, Aretha, Ella, et al as done ‘back in the day’.

Overall this is pretty much the ‘Masterlink Sessions’ way. The invited artist, in this particular case UK vocal royalty, Jo Harman, meets the band, they talk through the basics of an arrangement and just press record.

Markedly everyone in the same space, no separation, no meddling, just playing in the moment, vibing off one another and inspiring each other to find the ‘goosebump’ moments. These are well much in evidence on this version of ‘Loving Arms’ recorded and produced at Masterlink studio by bassist, bandleader and producer Stefan Redtenbacher and his crew of master musicians. Enjoy!

Since the release the radio edit of ‘Loving Arms’ has been added to the Spotify editorial playlist ‘Blue Ballads’. It is described by Spotify as ‘Soulful, bluesy Ballads’. Indeed we agree!

Blues vocalist Jo Harman and the RB Funkestra met for the first time for a Masterlink Sessions video-recording of ‘Cloudy’ by the Average White Band (AWB). You can watch it HERE.

Consequently a strong chemistry between this classy vocalist and the band resulted in creating a joint release EP ‘Signature Soul’ (digital release Fri, Sep 2). This live-in-the-studio radio edit of ‘Open Arms’ is a great showcase. ‘Do it for real’ is the underlying ethos of this UK vocal royalty meeting the world class studio musicians from the Redtenbacher’s Funkestra AKA Masterlink Sessions studio band.

Furthermore you can hear and watch what Jo and Stefan had to say about the making of ‘Signature Soul’ in this Masterlink Sessions ‘behind-the-scenes’ video HERE.

(in alphabetical order of last name)

The Masterlink Sessions proudly take stock of their creations since the start of their adventure.…