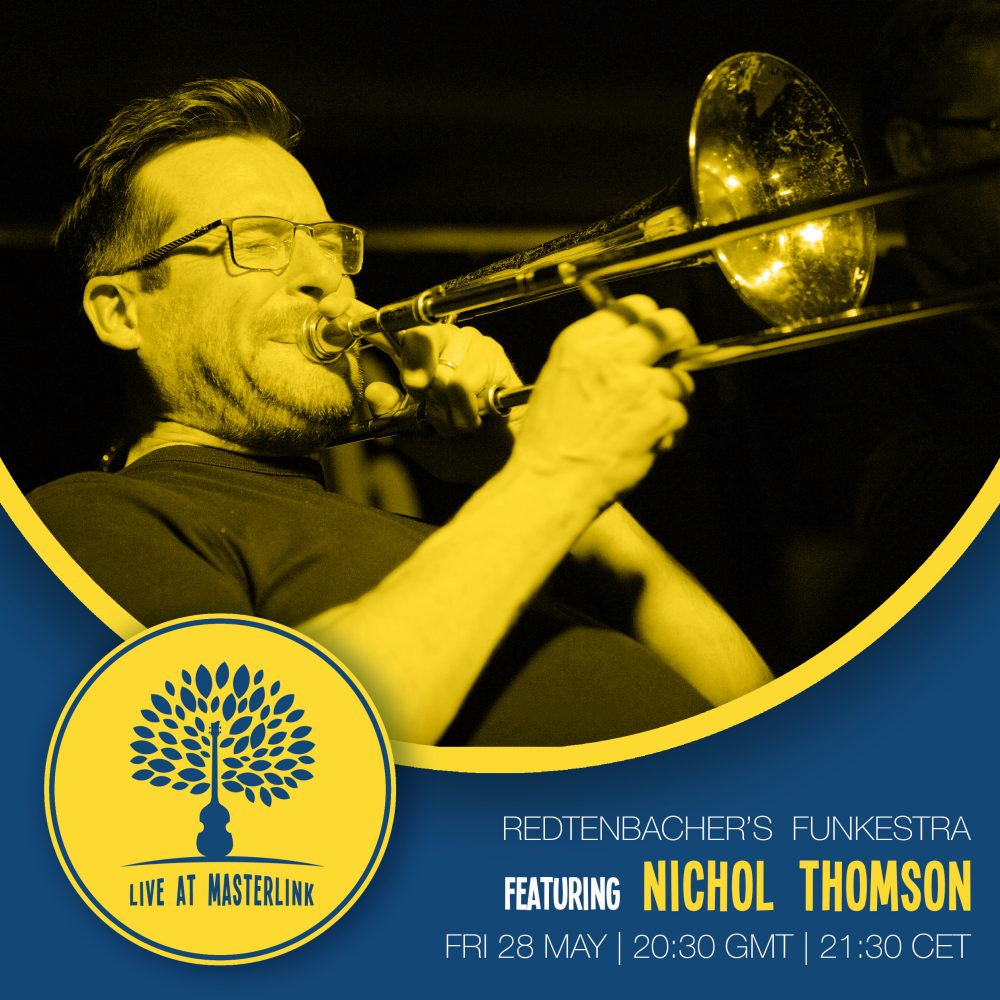 After our EPIC live stream with Scott McKeon and the Stacey brothers, this is hopefully the first of many Redtenbacher’s Funkestra live streams featuring awesome guests.

First up, trombonist and keyboard player Nichol ‘The Gift’ Thomson. Nichol is not only a highly in demand trombone player but also horn arranger, keyboard player and artist in his own right. His horn section ‘The Horn House’ with trumpet player Tom Walsh are about to release their debut album. (You might recognise from our collaboration tune ‘The One True Coin’ from last summer).

During his illustrious career he has performed and recorded with The Eagles, Michael Brecker, Quincy Jones, Chaka Khan, Diana Ross, George Michael, Level 42, Tina Turner, The Hallé and Royal Liverpool Philharmonic Orchestra to name but a few.

Recently he has teamed up with Shawn Lee to record a West Coast Yacht Jazz album called ‘Studio City’ under the artist name of The Super Highway Band.

For this Funkestra live stream Nichol picked his favourite tracks from the Funkestra album ‘The Hang’.

Streamed live on the True Live platform from Masterlink Productions. As you know we now have our own channel:

Watch this and all our previous live stream here.

As our Patreons we wouldn’t expect you to donate to any of these live streams. However, if you like them, please share and encourage your music loving fan to support us by donating or becoming a Patreon. It benefits the artists, the musicians and the entire team.

Looking forward to ‘seeing’ you there!