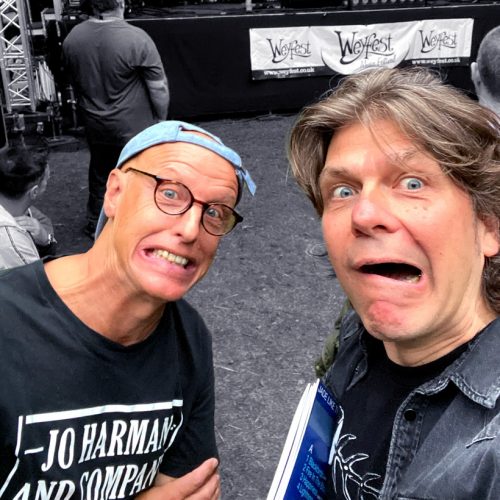 Dear Patreons, we hope you have enjoyed your summer so far and have managed to stay safe, healthy and content.

First of all, in case you’ve missed any of our podcasts since our last post – here are four weeks worth of podcasts:

Guitarist for stars like Tom Jones, Lulu to name a few and producerfilm composer.

Multi-instrumentalist and producer with magical studio in the middle of Wales.

Next up is another exlusive preview of a very laid back summer track by the Redtenbacher’s Funkestra called ‘Ghost Fish’. You – our Patreons – will be the very first people to see this before it will go public.

A few days ago James, Leo and myself got together in our favorite pub close to the studio to discuss what we would like to do for the rest of the year now that the summer is coming to an end.

Our wish number one was to come back to our ‘groove’ and schedule as far as ‘classic’ Masterlink Sessions are concerned. We were in a pretty good ‘swing’ before the pandemic hit in February/March 2020. Up to then we customarily managed to record at least two videos/songs with two different artists per Masterlink Session once a month. This allowed us to release two videos a month, normally on a Wednesday two weeks apart. In between those releases we had the ‘coming soon’ trailer. We are already talking to a few exciting artists and can’t wait to share once plans have firmed up a bit.

Live at Masterlink – our live streams – we have recorded 10 of these so far and released them on True-Live. We now have our own channel on this high quality streaming platform – so in case you’ve missed any – have a look HERE. So far all these live streams were on a donation basis – looking ahead – we might have to switch to a ticket system. Not because we are ‘greedy’ but to actually be able to do it all. We also need to gauge what kind of appetite there is from artists on one side and audiences on the other to engage in live streams now that many clubs, festivals and stages at large have re-opened (albeit with restrictions).

We still think that there is a place for high-quality live streams for many reasons. One basic one is that it is often simply not possible to see a certain artist because of their location. If you, for example, are in Austria and would like to see Hammond organ maestro Ross Stanely perform with the exquisite Paul Booth on saxophone, this might not be possible – you would have to travel to England and you would have to find a venue that has actually put these two together on a stage.

Unlike clubs like Ronnie Scott’s and the 606, both in London, we are not a ‘traditional’ live venue, i.e. our business model is to book artists and sell tickets to an audience that can eat and drink in the venue. Both Ronnie’s and the 606 have done an excellent job during the lockdown to keep their audiences and artists ‘in the game’ with their video offerings and we are very pleased that they have come through it relatively unscathed as far as we know. They have re-opened their doors and are going about their business in a similar way as before the pandemic, this in itself is a success.

We see the Masterlink Sessions and our Live at Masterlink more from a ‘broadcasting house’ angle. Our live stream experiments has taught us that for most of our artists the ‘real’ value didn’t come from donations from the audience rather than the video and audio recordings themselves which were used to promote/advertise/show-reel their act to get ‘traditional’ gig engagments. This possibly points towards us having to charge the artists for ‘live streams’ as the real value is in the ‘assets’ rather than the live stream to an audience itself.

However, the fact that the ‘live stream’ is in fact live to a real audience (however big and small) results in more exciting videos as there isn’t the chance to do anything again or ‘fix it in the mix’ or in post production. The heighted alertness has defintely resulted in more intense and authentic live performances the way we see it.

Coming back to possibly having to ticket the events. We’ve started the Masterlink Sessions with a community spirit in mind – this will remain – paying for a live stream seems to be a contradicting notion, however, it could be argued though that if an artist sells a certain quantity of tickets before a scheduled live stream they get a set amount of people watching them (which improves their performance) and the sold tickets in essence will pay for the creation of new videos/audio recordings which in turn can be used to get more gigs on the live circuit. If an artist is really good with fan communication they can make a profit after all (production) costs have been paid off by ticket sales on top of stepping away with new promotional material.

As an example, one of our Live At Masterlink streams did financially really well for the artist and paid pretty much the equivalent of what the artist customarily gets in smaller venues. With all this in mind we’ll see what kind of live streams we will and will be able to put on for the remainder of 2021. As always, you will be the first to know and feel free to send us your thoughts if you have any good entepreneurial/business ideas for us.

James and I intend to keep the Masterlink podcasts going for the rest of the year. It has been great fun ‘getting to know creatives in the music industry’ and after the initial round of talking to creatives from our immediate circles we are slowly branching out and reaching further to also talk to people who we previously didn’t know anything about and the other way around. This feels very much in keeping with our community spirit as we feel that the podcast helps to make it grow and on top of it all James and I have felt that we also have learned a great deal in talking to all the wonderful people that we had so far. As we are both new to the ‘podcast game’ we are still finding our feet but we also feel that we are getting better. We are still unsure about the right length and how much we should stir our guests in a certain directon or how open we should let the podcasts run. So still a bit of trial and error but I’m sure we will improve them over time, without wanting to sound like we think what we have done so far is bad in anyway. I think every single one has merit as they are all real and uncenscored conversation, allowing the listener to share a moment in time with the creative  and us. If you can think of any music creatives that you think would be fun on the show – let us know. Generally we find it is easy to find people – who doesn’t like to talk about their creative work? :-)

Finally, please rest assured that your ongoing support means the world to us. We totally understand we have lost some of our Patreons because times are tough, maybe cash flow has thinned out or maybe we haven’t released as many videos as you were expecting. We can honestly say though, that we have tried as hard as possible to find ways to keep our creative activities going once it was clear that we couldn’t continue with our regular Masterlink Sessions as pre-pandemic. This has given way to the instrumental solo edit vidoes, the lives streams, the remote sessions and the podcast – not exactly what Patreons have initially signed up for but our hope is that our enterpreneurial, creative and community spirit is exactly the same as it was when we started. So, thanks again for your conintued support.

Stay well and until next time, Stefan and the entire MLS team

(In case you ever wondered who that might be: the MLS team is James, Leo and all the musicians from and around the Redtenbacher’s Funkestra and our supporting friends Mark Ede from the BiGiAm agency, photographer Rob Blackham and our Austrian friends from True-Live the online streaming platform). 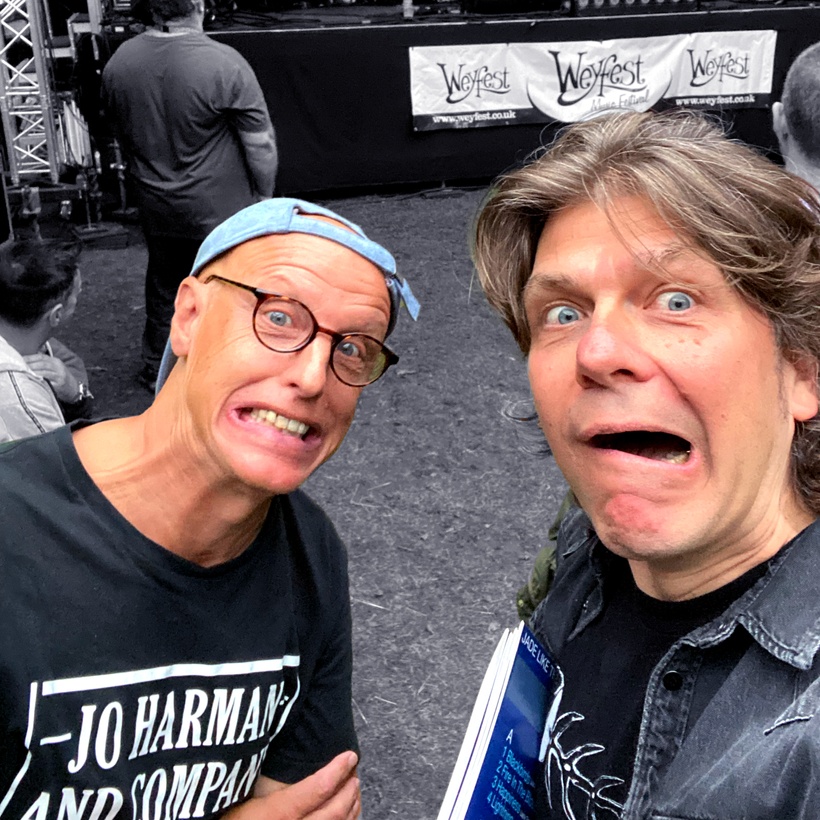 (from L to R: Mark Ede from BiGiAm and Stefan Redtenbacher at Weyfest watching Jade Like The Stone perform on stage with her band. Mark has been the unofficial fourth member of the Masterlink Sessions team as he A&R’d many of our recent artists. Just in case – A&R stands for artists and repertoire).