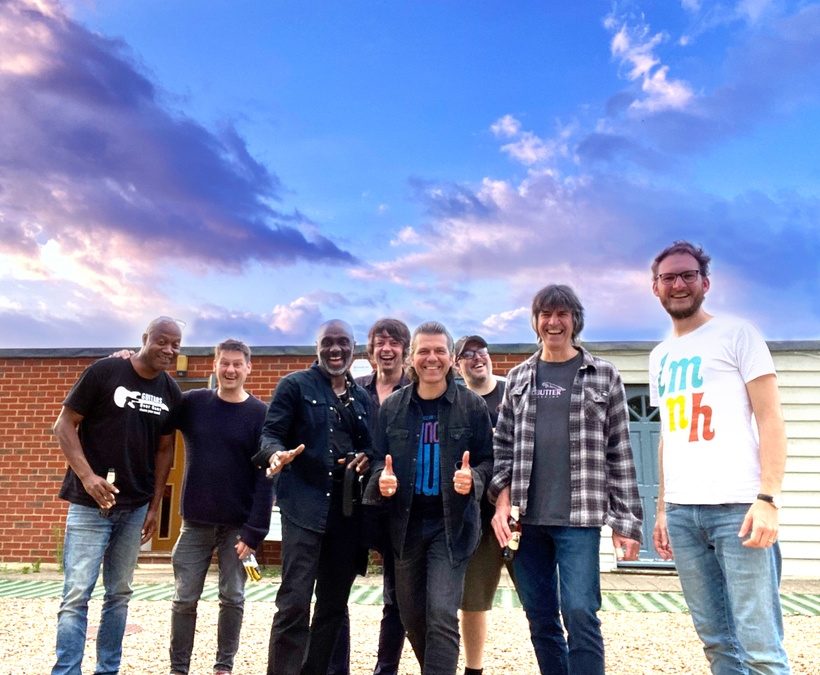 Dear Patreons! We hope you are well and fully entrenched in football and tennis fever!

Our last blog was about our podcast milestone  #20 with Fred Molin.  This prompted us to take stock of our activities. So we are thrilled to announce that we have created:

We are very pleased with this, in particular as we achieved this with a shoe-string budget (but fed and watered thanks to YOU) and doing the best we can working around the pandemic and all that brings with it.

The podcast and live streams in particular have been a direct result of us not being able to get together and film regular Masterlink Sessions like we used to. The last one we did before the whole thing hit was on 14th of March 2020 (with guitarist Nigel Price and saxophonist Vasilis Xenupoulis). From then on we had to start improvising.

Up to this point we used to get together on one Saturday per month and filmed and recorded on average two Masterlink Session videos with two different artists. Release date was always Wednesdays – two weeks apart. Yup, this was the groove we were in but we had to find an entirely different one – and this is what has come out of it so far:

Listen to our podcasts HERE.

Watch our live streams on our LIVE AT MASTERLINK channel on the True-Live concert streaming platform HERE.

Coming back to the number #60 Masterlink Sessions – this refers to the single videos – we haven’t counted all the spin-off videos (like the instrumental solos, coming soon trailers, fly-on-the-wall camera footage, remote videos, interviews, behind-the-scenes clips, etc.) Taken the spin-off videos into account I reckon we have created over 200 (!) videos by now.

Many variations and permutations of what we initially did have developed since we started in December 2018.  A notable and obvious one is that many artists approached us to commercially release the audio portion of their Masterlink Sessions. This has resulted in physical products like CDs and vinyl records as well as downloads and of course, the ubiquitous streaming channels (Spotify, Apple Music, etc.).

The album ‘Seven Roads’ by Jade Like The Stone is a good example and the recently releases single ‘Falling In Love Again’ by Connor Selby another one. The Masterlink Session video – which we just released – shows the original session. Listen to the same track on Spotify and hear the original recording further developed by adding a horn section, background vocals and James adding what he calls ‘magic sauce” to the mix and master.

We also created a Masterlink Session playlist on Spotify to reflect the ‘live-in-the-studio’ vibe of the released audio records. Have a listen HERE.

By the nature of exposing our work to the world as large we also managed to attract a few projects that either aren’t in the public domain (remote videos for international cooperations, for example) and videos for Universal and their associated The Voice UK artists. It’s nice to be asked as this makes us think that we are doing something right here.

Reflecting on these activities it is is plain to see that we have developed our offering and the range of possible outcomes has expanded. However, our CORE values and thoughts have remained the same – one of them being ‘creating a community of like minded creatives’ which is very much alive and kicking!

All this made us think of our ‘classic’ (and at times ‘dreaded) elevator pitch in case we are fininding ourself in a lift with Bill Gates, Elon Musk, Jeff Bezos or, ideally, Jack Conte:-)

Right – The Masterlink Sessions – what is this all about – you have 20 seconds!

– We host a podcast

Leo, James, Stefan and the band

If you are still reading – thank you very much and please let us know if you have any further ideas on how to improve our elevator pitch. We are super-grateful for your support as it helps to feed the troops when doing Masterlink Sessions. However, we would like to reach further and would love to not help all the people involved with expenses (like petrol money and train tickets) but hopefully be able to offer a modest payment for everybodies time.

At the moment we are operating ‘in the cracks’ of everyones schedule and for example, when James gets a commercial block booking for weeks on end at the studio – we are extremley limited what we can do as far as new videos is concerned.

Nonetheless, we’ll find a way to keep going and every single person in the Masterlink Sessions team is super-willing to make it work – something for which we are all very grateful.

I hope this provides you with a little insight of what we have been up to and looking forward to writing a blog with 120+40+20 title already!

Before you leave – HERE is our latest Masterlink Sessions video with Connor Selby‘s ‘Falling In Love Again’.

Until next time, Stefan and the entire MLS team 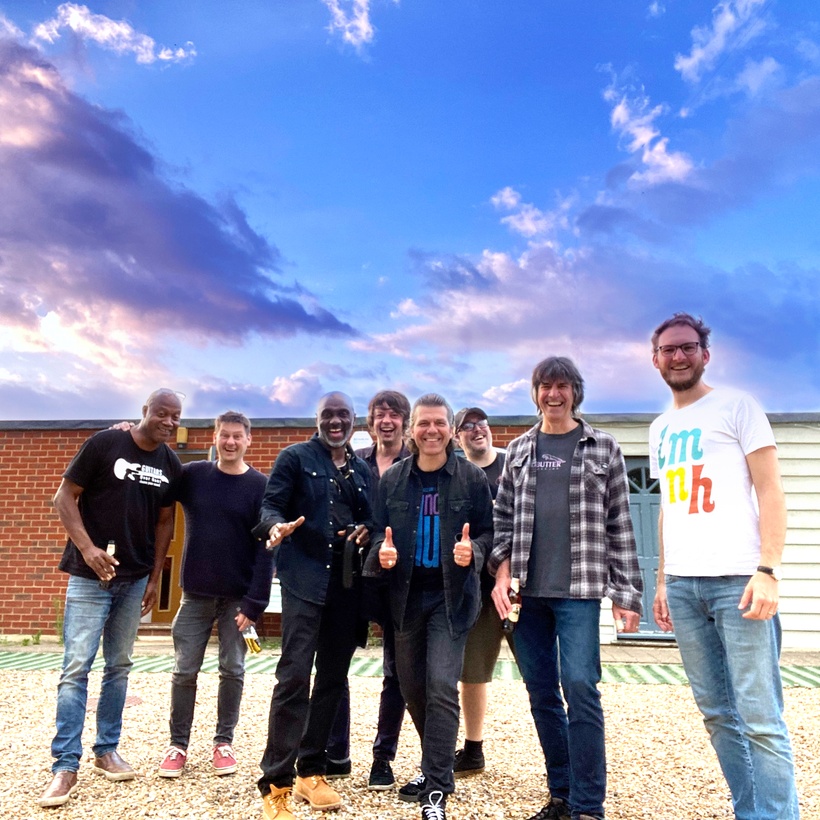 We use cookies on our website to give you the most relevant experience by remembering your preferences and repeat visits. By clicking “Accept All”, you consent to the use of ALL the cookies. However, you may visit "Cookie Settings" to provide a controlled consent.
Cookie SettingsAccept All
Manage consent

This website uses cookies to improve your experience while you navigate through the website. Out of these, the cookies that are categorized as necessary are stored on your browser as they are essential for the working of basic functionalities of the website. We also use third-party cookies that help us analyze and understand how you use this website. These cookies will be stored in your browser only with your consent. You also have the option to opt-out of these cookies. But opting out of some of these cookies may affect your browsing experience.
Necessary Always Enabled

Non-Necessary cookies are used to understand how visitors interact with the website. These cookies help provide information on metrics the number of visitors, bounce rate, traffic source, etc.

SAVE & ACCEPT
Powered by